The legal BAC for a drinking driver is .08%. This means that once you reach that number, the state will consider you an intoxicated driver, and consequently charge you for your decision. While staying below that .08% before you drive is important, it’s also important to consider the health risks of different intoxication levels.

For the first stage of impairment, your BAC will be between .06% and .15%. While this is only a small numerical difference, there is really a large difference in impairment. For one thing, at .06 you are still within the legal limit, while .015 is nearly twice the legal limit. In most cases, the way you feel at .06% will be far less than the impairment you feel at .015. Nonetheless, this stage of intoxication will share some of the same symptoms.

During the increased impairment phase, you will experience a significant decrease in your motor skills. By this measure, you will lose some of your driving and speaking abilities, and experience brief memory loss.

When it comes to severe impairment, this covers BAC’s between .016% and .30%. At that point, you have become severely impaired, which comes with serious side effects. During this stage, alcohol poisoning is common, along with symptoms such as vomiting and depressed breathing. In addition, blackouts, or brief loss of consciousness, can occur. 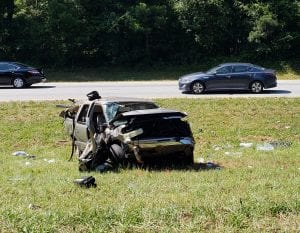 After your BAC reaches a .31% or higher, you are entering the possibly fatal levels of intoxication. At this time, loss of consciousness will most likely take place. Also, your breathing and heart rate can slow down to the point of stopping all together. In addition, you can suffer from severely low blood sugar, dehydration, and seizures. These issues can lead to permanent brain damage and even death.

With each of these intoxication levels, symptoms and side effects become more severe

For this reason, it is important to always drink responsibly and not test the limits. Binge drinking can cause those severe spikes in intoxication levels before a person realizes what shape they’re really in. So, avoid drinking large amounts of alcohol at a fast pace. Instead, enjoy drinks in moderation, alternating between alcohol and water. That way, while you’ll still accomplish your goal of having fun, you’ll also keep your body in better shape.