Seems nothing ever stays the same any more, especially NC DWI laws. Despite previous sweeping changes to DUI statutes, more legislative trends are coming. North Carolina legislators pass some of the most stringent DUI laws in the country already. There is a mix of new proposals, and surprisingly, there is even one that seems to help those who dare drink and then drive. Despite all of the media and general hype otherwise, the overwhelming percentage of those arrested and prosecuted for DUI fit this profile. Nevertheless, DWI defense lawyers are regularly having to prepare clients for more changes to the DUI statutes here in NC. 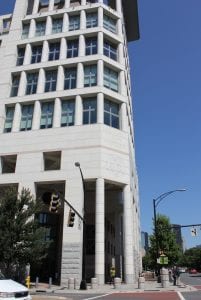 One proposed bill (S671) would allow for early license restoration for those individuals who successfully complete drug treatment court programs. This law, if passed, would be a welcomed relief for so many individuals who can currently be forced to wait forty-five (45) days or even six (6) months after conviction or plea to be able to get a post-trial limited driving privilege. To be permitted to get early license restoration would be helpful to so many who have to get to work to support their family.

Another bill (S 308) would lower to zero tolerance to licenses following an impaired driving revocation from the current 0.04% tolerance level for first time offenders. This bill reverts to the usual default program of adding new layers of harshness on top of already draconian laws. Zero tolerance seems to be the mindset and ultimate goal of so many groups that want the alcohol taxes but do not want anyone to be able to enjoy themselves when out on the town. First, no one is “impaired” or dangerous at 0.04% BAC (blood alcohol content). Secondly, it is so easy for “breath science” to confuse even alcohol in mouthwash with beer or liquor. Yet again, people who are innocent will get caught up in the current DUI hysteria.

The final bill under consideration (S 309) would reduce the number of prior DWI convictions required (from three to two within the past 10 years) to be charged with habitual impaired driving. Here is a law, that if passed, we can all support. If DUI defense lawyers are anything, we are reasonable. Statistically and practically, persons who are arrested for more than one (1) DUI have addiction issues. These are the drivers who end up seriously injuring and/or killing innocent families on the road. No one. Let’s repeat. NO ONE wants truly impaired and dangerous drivers behind the wheel. We all share the road.

The objections to strict and unforgiving laws in North Carolina is directed towards first time offenders who would never knowingly drive if they thought for an instant that they were unsafe. Physiologically, we are not impaired at 0.10% or less. These “legal presumption” figures have been artificially lowered over the years and are not based on human physiology research. And now, the latest move afoot is to lower that figure again, this time to 0.05%. It’s certainly admirable to desire to pass new laws that can help save lives. But at the same time, it is also permissible to incorporate sound science and common sense to the equation.