You are here: Home » Blog » Car Accidents » Multiple Charges, Along with Civil Penalties After Gaston Accident

Multiple Charges, Along with Civil Penalties After Gaston Accident

According to the Gaston Gazette, a car accident that occurred in Gaston County will result in the driver of the vehicle who caused the accident to be charged with DWI, felony death by motor vehicle, assault with a deadly 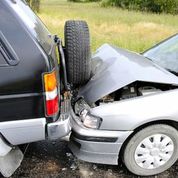 weapon inflicting serious injury, and assault with serious injury by vehicle. The driver of the vehicle that caused the accident, is said to have been drinking previously. He was driving his vehicle on Dallas-Cherryville Highway and crossed the center line. When the vehicle driven the allegedly intoxicated man crossed the center line completely entering the opposite line of traffic he struck an oncoming vehicle head on. After he hit the first vehicle head on a, third vehicle stuck the initial drivers vehicle which was still in the center of the road. One death resulted from the accident and four others including the suspect received serious injuries.

The driver will surely be charged criminally for the foregoing events; however, the question is ever present as to whether or not he will have to pay restitution to the victims of his crimes.  If the victims of a DUI case, who have been injured or killed, intend to bring civil suit, this may result in additional civil fines for the defendant if he is found to have been negligent and responsible for the plaintiff’s injuries. North Carolina adheres to the Contributory Standard for Negligence.  Negligence is summed up by “the failure of a person to take the proper care in doing something.”  The elements of negligence are a recognized duty, breach of that duty, causation (actual and proximate), and damages.

North Carolina adheres to the Contributory Negligence standard.  This means that it is a very high threshold for a plaintiff to prove that a defendant was negligent.  This standard applies to cases where plaintiffs/claimants have, through their own negligence, contributed to the harm they suffered.  If a pedestrian (for example) contributes to the accident that involves a driver, by J-walking or some other small infraction, and the driver ran a red light, the pedestrian cannot sue the driver for damages because the accident would not have occurred if it were not for the pedestrians own negligence.