If stopped for suspicion of “drunk driving,” the officer typically asks the driver to perform “roadside” or “field sobriety testing.” Although there are any number of different “tests” used, there are only three (3) officially recognized by the National Highway Traffic Safety Administration (NHTSA). and research based “field sobriety tests.” Those tests are the Horizontal Gaze Nystagmus (HGN), Walk and Turn (WAT), and One Leg Stand (OLS), often incorrectly referred to as the one “legged” stand. Other non-standardized tests include finger-to-nose, counting backwards, saying a portion of the alphabet, and even picking up dropped coins. While these tests are difficult under any circumstances, they are especially hard when tested by the police. Based on our experiences, field sobriety testing is not a reliable indicator of a person’s ability to safely drive a car. 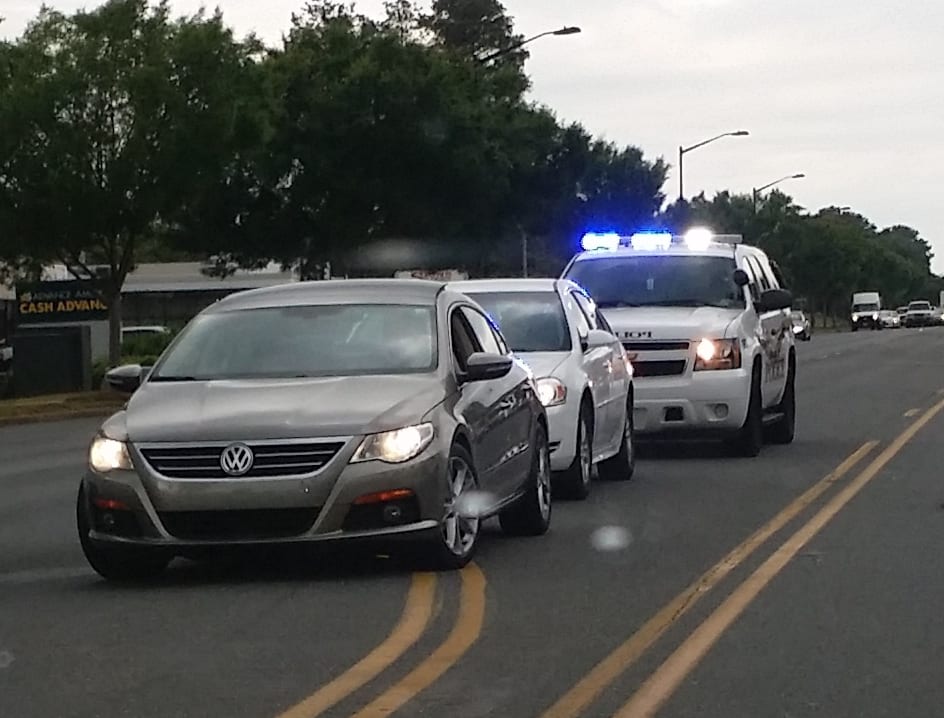 Charlotte DUI lawyer Aaron Lee is trained in roadside field sobriety testing. And they have the same NHTSA certificates given to police officers after they complete the required 24 hours of instruction and written examination. For your review, we outline these tests and how they are supposed to be administered below:

Nystagmus is a medical condition that causes your eyes to “jerk” involuntarily. While alcohol consumption can show nystagmus, some people are born with with this condition. And if improperly administered, the HGN test has little or no value in determining impairment. But police officers continue to use this part of field sobriety testing in forming their opinion on sobriety. However, the test must be administered properly and consistently to be “valid.” If not properly trained, the officer can cause false positives including optikinetic nystagmus or fatigue nystagmus.

Optikinetic nystagmus results when the eyes are distracted by flashing lights. Hence, proper testing requires the officer to turn off his patrol car’s blue lights. But sometimes the suspect car’s flashers are on. And passing traffic with their lights on can cause this form of nystagmus. Similarly, fatigue nystagmus can result from testing too quickly or holding the stimulus out too long. Because eye muscles are sensitive, they fatigue easily especially if the person is already tired. Regardless of the actual cause, the officer reports positive HGN.

The police officer has you follow a stimulus such as a pen with your eyes (without moving your head). To be valid, the stimulus must be approximately 12 inches from the bridge of your nose and slightly raised. While administering the test, the officer should prevent the subject from being distracted by moving traffic or lights on the officer’s vehicle. As described earlier, such issues can invalidate any test results.

The walk-and-turn test is standardized by NHTSA. However, this test is extremely difficult given the number of instructions to remember and unnatural body mechanics. Most noteworthy, we are simply not designed anatomically to walk this way. Furthermore, you cannot use your arms to balance while trying to walk “heel to toe.” Hence, no one other than the officer can pass this test the first time trying. In the end, juries question what this test actually has to do with driving and disregard results unless significantly intoxicated. Finally, persons over 65 years old, overweight by more than 50 pounds, or who have physical handicaps should not test.

Walk and Turn “Clues” of Impairment

The final “divided attention” test is the one leg stand. Like the other tests, it is difficult to perform under the best conditions. However, on the side of the road with a police officer, the test is even harder. Hence, most people “fail” this last test and are arrested for DWI. Don’t worry. Juries cannot perform this test either and don’t really rely on it unless you are very intoxicated.

One Leg Stand “Clues” of Impairment

There are 4 total clues for this test. And as with the WAT, each clue, even if observed several times, still only counts as one “clue.” Furthermore, NHTSA protocol invalidates testing for individuals over 65 years old, or who have back, leg or inner ear problems. Also, people overweight by 50 or more pounds cannot do this test. Finally, persons wearing heels greater than 2” should remove their shoes or at least given chance to do so. Below are the actual clues noted by police:

At the end of a DWI trial, jurors decide guilt based on all of the evidence. Maybe some jurors focus on field sobriety testing results. But most use their common sense and life experiences to reach a verdict. As a criminal defense DUI attorneys, we encourage juries to judge based on what they see and hear for themselves. After all, we trust our own eyes and ears. In the end, no one really needs a lawyer to tell them what to believe. So we don’t. Instead, we focus on how our clients appear on video in natural situations. For example, is their speech slurred or incoherent? Next, how do they walk or stand when not attempting these “carnival” tests? Juries are everyday people with everyday experiences. Hence, they know what “drunk” looks like and sounds like.

We trust juries and prefer their judgement to that of a judge only. During closing arguments, we tell them to “go with their gut.” But as importantly, we ask that they give our clients the same thing they would want if they find themselves accused of DUI. Once we get past the bias against DUI, juries are fair and the best hope of a fair trial. We believe in juries. Not field sobriety testing. Call us today and let’s see what we can do to help you. No matter how you performed on the side of the road, call Charlotte DWI attorney Robert J. Reeves at 704-222-7525. Or you can email aaron@leeandleelawfirm.com. Get answers now.