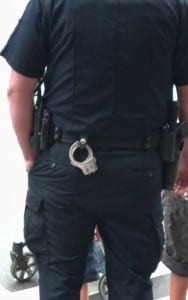 Almost everyone knows the criminal side of a driving while impaired (DWI) or driving under influence (DUI) conviction (court costs, fines, loss of license, higher insurance rates), but there are also civil penalties that can be imposed by the Department of Motor Vehicles (DMV), even if the DUI charge is ultimately dismissed. That’s correct. In some cases, you can actually win your DWI case and still be punished by the DMV.  That is pretty shocking! Here’s how this works:

When a person is charged with a DWI but refuses to submit to breath testing, the arresting police officer will complete an affidavit indicating that the person refused to give a sample for chemical analysis. The officer then submits that affidavit to the magistrate at the suspect’s initial appearance and mails a copy to the NC DMV. If the arresting officer had probable cause to believe the person committed an implied consent offense (like DWI) and complied with established implied consent procedures, the willful refusal to participate in breath testing will result in an immediate 30 day civil license revocation as ordered by the magistrate, and a one-year driver’s license suspension as ordered by DMV under N.C.G.S. 20-16.2(d).

Appeal of DMV Suspension Within Ten (10) Days of Arrest

Under North Carolina law, the DMV suspension can be stayed (or stopped) pending a DMV hearing on whether a refusal is “willful” or not. However, it is a very short window to file for a hearing. Appeals to the DMV must be made within ten (10) days from the date of DWI arrest. This is another reason why it is so important to consult with an experienced Charlotte DUI lawyer as quickly as possible. If a hearing is requested, only the one year suspension is affected. The initial thirty (30) day revocation still applies but is subject to a Limited Driving Privilege which is discussed separately on this website.

At the DMV hearing, the burden of proof showing a willful refusal is on the State of North Carolina. The arresting officer is usually the witness to testify first and will review the arrest procedure and then breath testing events. As you would expect, individuals who state they are not going to give a breath sample and openly refuse to participate are, in fact, willfully refusing testing. But what about those persons who dutifully comply, even submitting to multiple breath tests, but are still deemed to be non-compliant because the breathalyzer machine does not record a valid sample? The answer will surprise you.

The most striking example is a client who suffered from mild asthma but nevertheless submitted to six (6) breath tests. Despite the officer’s testimony that she appeared to be doing her best, the breathalyzer machine indicated insufficient samples, and under police procedure rules, the tests were all deemed refusals. The DMV hearing officer found in favor of the State and against the DWI defendant.

In other cases, police officers regularly testify that a DUI suspect appeared to be trying to “game the system” or otherwise “beat the machine.” Our clients are typically arrested for a first time DUI and have had no prior experience with breath testing equipment. Many clients have described “blowing” to the point that they became dizzy. Nevertheless, hearing officers are notorious for still finding “willful refusal.” If not satisfied and wish to continue the challenge, the initial hearing officer’s Order can then be appealed to Superior Court under N.C.G.S. 20-16(e).