Some people are aware that traffic stops and the usage of police canines to “sniff out” any drugs do not constitute a ” search” under the definition of an ” unreasonable search and seizure,” under the Fourth Amendment. 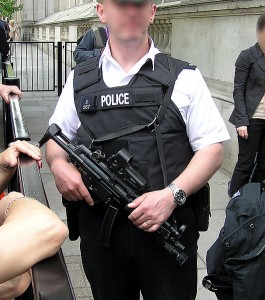 It is said that during routine traffic stops, a “sniff,” will not give rise to the level of an unreasonable search, needed to exclude whatever evidence( drugs, etc.) the dog may alert the officer to.

However, in 2013, the Supreme Court handed out a decision that states that during such routine traffic stops, a dog “alert” to the presence of drugs can form the basis for probable cause, granting the officers full allowance to search the vehicle and anything in the driver or passengers ” immediate and grabble area.” Arizona v. Gant

So in other words, let’s say there were two police officers that pulled your friend and yourself over for a routine traffic stop. Whilst you were in the middle of being questioned, the other officer that was in the passenger side f the patrol car gets out with his canine and begins to walk around the vehicle.

You are still being questioned at this time. The new ruling has stated that this sort of “dog alert,” is no sort of warrantless search but actually the opposite. It now gives rise to the officers to have probable cause to search you, the passenger, and now your vehicle as well.