You are here: Home » Blog » Car Accidents » Two-Vehicle Crash on I-77 Turns Fatal For One

Two-Vehicle Crash on I-77 Turns Fatal For One 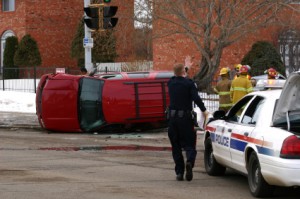 A two-vehicle car crash took the life of one Charlotte resident when he was driving on Interstate-77, near Fort Mill, South Carolina.

The resident was barely over the boarder of the two states, when he collided with South Carolina driver.

According to the official reports, the fatality occurred when the Charlotte resident was driving his 1999 Ford F-150. Apparently when the crash occurred, both drivers were wearing their seatbelts.

However, for the victim, the seatbelt was either not secured properly, or faulty in some other  manner, because the 51-year-old victim was ejected from his vehicle at the time of the incident.

The other driver involved in the accident walked away unscathed; the same can be said for her passenger as well.  They were both reported to of been wearing their seatbelts at the time of the crash.

She was driving a 2000 Toyota sedan. No further details have been released, and the crash is still under investigation.