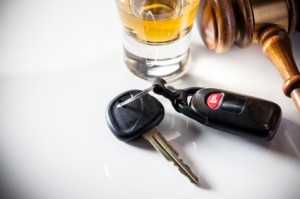 ople were shot there on Sunday.

This story is quite unique because it marks the first time that an Bar in the Charlotte Area that an alcohol permit has been taken abruptly from a bar. Officials say that ever since 2012, violence has gotten far worse in bars and clubs, and alcohol is one of the leading factors as to way.

The shooting at hand took place at a local bar where two people were seriously injured, and one was found dead in his pickup truck. The deceased man was only 26 years old.

The other victim was found inside the bar, and immediately rushed to the hospital for treatment.

Officials further state that due to the violence in this particular bar, the suspension will remain in effect until it has had its chance to be hears in front on the Office of Administrative Hearings.

The owner of the bar was not able to be reached for comments. North Carolina is only one of the 17 states that still allow the state to regulate the alcohol sales with a specific licensing process and system.

The North Carolina ABC Commission says that it will continue to suspend and restrict the licensing of liquor to bars where violence is severe and frequent.

For this particular bar, this was not the first run-an with the NC ABC nor with the law. In April of 2010, A CMPD detective had met with the owner previously on their city’s concerns for the growing violence, and the drunken patrons being ” over-served” alcohol. The bar is known for allowing people to some marijuana inside as well.

Then later that same year, the same detective was called the scene when a patron assaulted another by hitting him in the face with a broken beer bottle and a pool stick.

It almost appears as there were two different shooting going on in the same bar on the same night. Eye witnesses state they heard five gun shots. Then one victim was found inside the bar, and another victim was found

Police believe that they have only apprehended one of the shooters and the other is still at large.