Felony BUI and Death on the Lake | Charlotte DWI Lawyer 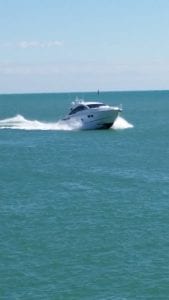 Felony BUI – How Do We Get Here

So you have a few beers and take your boat out for a spin. While you’ve drank plenty of times before, this time you crash and hit another boater. Because there are no airbags on a boat, serious injury occurs and ends up in the ICU. Now, in an instant, you go from a small misdemeanor to a major felony. And a major lawsuit for damages. Hence bodily injury has to create a “substantial risk of death”. Or, cause some type of permanent disfigurement/loss of function to the body.

As you might expect, felony BUI also includes causing someone’s untimely or wrongful death. In order to win, the State must prove your intoxication caused the accident. So if someone negligently strikes your boat, that will be your first defense. In addition, the death must result from the crash. As a result, an autopsy may be a “life saver” for your case. Consequently, it is critical to investigate every fact and circumstance here. Otherwise, you might miss something crucial to your defense.

Finally, a boater can receive a very serious charge even if not intoxicated. For example, you have one beer and then drive your boat. Subsequently, you get into a serious accident and end up killing someone. Although there is not enough evidence to prove you were drunk, you can still face serious criminal charges for reckless operation. So just because you avoid a felony BUI does not mean you are completely off the hook. Rather, you still need a great trial lawyer to help get you through this ordeal. Always remember civil cases are about money. But criminal cases are about freedom.