Because every case is different, DUI lawyers use opening statements to sway juries early on. While some attorneys say you win or lose in opening, others argue closing arguments are key. Rather than put all our eggs in one basket, we focus on the whole trial to try to win.

So Why Are Opening Statements Important 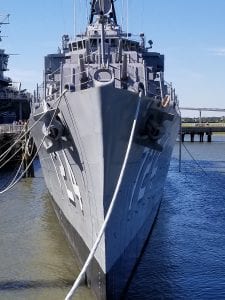 Since there is only guilty or not guilty in a jury trial, every part of a case counts. However, in our cases, we try to get the advantage as early as possible at trial. Then, we try to keep that advantage until the very end. Rather than bore them with procedure, we first remind them how serious a DUI charge is. In addition, we tell them how our client’s rights are shared by all of us. Hence what matters to our client should matter to everyone. Furthermore, we want the jury to identify with our client and not be so harsh. Because everyone wants a fair and impartial trial, we ask the jury to give us what they would want. Otherwise, our client does not get justice. And that is not what the law promises. While it may be safer in harbor, that’s not what fighting ships are for.

Because the State Controls Everything

While the prosecutor talks about burden of proof and evidence, we talk about the State’s unfair advantages. Because the State has all the power, resources, and money, they have all the advantages. In addition, they make all the rules and laws. Furthermore, if they don’t like something, they can just change to make it easier to convict. Hence in a fight between David and Goliath, we proudly represent David. However, a jury of 12 can balance the playing field and stop the State cold. As a result of a one “not guilty” vote by a single juror, you can actually beat the government. Despite all their power and resources, they still have to prove you guilty to win their case. And we are still the only country in the world with this system. So God bless the USA.