Thursday afternoon was the initial appearance for the 20-year-old defendant who has been accused of killing two brothers earlier this week in a Charlotte wreck. 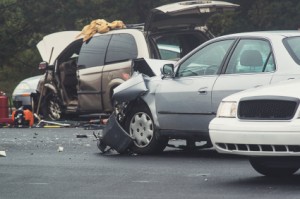 Apparently, the defendant was driving early Monday morning in the University area, specifically, on W.T. Harris and Idelwild Road, when his car was involved in a serious accident.

The crash occurred between a Charlotte Native and three  brothers who had recently emigrated from Honduras.

The two brothers who were killed were  ages 45 and 34 respectively; and both died upon the impact of the collision. The remaining brother survived, and was present in court for the defendant’s initial appearance, on behalf of his two brothers.

The defendant is now facing multiple charges, including being under the influence at the time of the car accident. His mother was vigilant in disputing that her son was “ a good kid with no priors, aside from some minor traffic incidents.”

However, public record states differently. It states that the defendant has been arrested four times since December of last year. These arrests include both alcohol and drug charges, on top of traffic offenses.

Thus far, the defendant most serious charge is felony death by vehicle.

A man in Jacksonville was recently convicted in connection with a vehicle accident that resulted in a fatality. His BAC at the time of the accident was a 0.16, which is well above the legal limit of 0.08 in North Carolina.  He was convicted of felony death by motor vehicle, DWI and careless and reckless driving. He has been sentenced to serve 20 to 36 months in prison as a result.

A man in Charlotte is facing a DWI charge after causing an accident. The accident occurred over the past weekend around 1:00 a.m. on Johnston Road. Police officers from the Charlotte-Mecklenburg Police Department responded to the scene of the accident. The man rear-ended two vehicles. The investigation revealed the man initially hit a vehicle in the right hand lane, then he moved to the left land and rear-ended the second vehicle.

Police made several arrests over the holiday weekend, including DWI and alcohol related offenses. Reports of the arrest numbers are continuing to come in. A large part of the DWI arrests are likely to stem from Operation Firecracker, which was a campaign targeted at detecting and keeping intoxicated drivers off the road. Law enforcement officers around the state set up checkpoints and had dedicated patrols aimed at DWI detection and enforcement.

One man in Wilmington, North Carolina was arrested for DWI over the holiday weekend. His arrest was not because of a checkpoint, but rather he made his offense well known after he hit seven parked cars in the downtown area. The man fled the scene after hitting the vehicles. He was later found by police and charged with DWI as well as hit and run. It is unknown at this time what his BAC was around the time of the accident.

Among the arrests for DWI over the holiday weekend, one stands out that occurred in Yanceyville, North Carolina. A deputy from Caswell County was on routine patrol early Sunday morning when another vehicle hit his patrol car. A man crossed over the center line which caused him to hit the deputy’s vehicle. The deputy was forced off to the right shoulder of the road because of the impact. The deputy immediately tried to pull over the vehicle.

The man who was driving the vehicle decided that he was not going to stop and led the officer on a chase. The vehicle reached speeds over 100 mph during the pursuit.  The man finally stopped after he hit a median while to make a turn onto another road. Luckily nobody was hurt during the pursuit. The damage to the police vehicle is estimated to be over $1000.

The man who hit the deputy is now facing a DWI charge as well as Felony Speed to Elude, Felony Assault with a Deadly Weapon on Government Official, Injury to Personal Property, Open Container of Alcohol, No Operators License, and Leaving the Scene of an Accident.  It is unknown at this point what his BAC was at the time of the incident.

A deputy was injured last week during what started out to be a routine DWI arrest in Greensboro, NC. The deputy stopped a vehicle during his shift Thursday night and after an investigation he arrested the driver for DWI.  He then placed the driver in the back of his cruiser. After he put the driver in his cruiser another vehicle crashed into the back side of the deputy’s vehicle near the driver’s side. The vehicle was traveling at approximately 50 to 60 mph.

A man in Smithfield, NC was sentenced to prison earlier this week for his involvement in a fatal hit-and-run accident.  The accident happened last August in Selma, NC. The driver hit another man with his car then fled the scene. The man that was hit was killed by the impact. The police found the driver at his home. His car was in the driveway and was damaged.  Police tested his BAC after his arrest. He had a BAC of 0.19 when he was tested.

The man was charged with 2nd Degree Murder, Felony Hit and Run and DWI.  He had been convicted of DWI previously in 2008. He plead guilty to all charges earlier this week. The judge sentenced him to spend 100 to 132 months in prison. The man is set to be deported back to Honduras after his prison sentence.

A driver in Charlotte, NC is facing a DWI charge, among other charges, after causing a serious accident on I-77. The accident occurred last week near the Clanton Road exit. The driver of a vehicle lost control and hit a wall. After hitting the wall the vehicle drove into oncoming traffic and finally came to a stop after hitting a tractor-trailer.  The vehicle that caused the accident was traveling in excess of 100 mph at the time.

There were three passengers in the vehicle that caused the accident. Only one person suffered injury as a result. The injuries that were sustained were not life threatening. The lanes where the accident occurred on I-77 were closed for a few hours so the scene could be cleared. The accident happened around 3 a.m.

The driver of the vehicle has now been charged with DWI, reckless driving and speeding. It is unknown what his BAC was at the time of the accident.

A truck driver from Lexington, NC was killed in an accident in Roanoke, VA after an intoxicated driver caused the horrific accident.  The accident happened earlier this week on Interstate 581 in Roanoke, VA.  The intoxicated driver was operating his vehicle in a careless and reckless manner. He eventually cut off an 18 wheeler, which forced the tractor trailer to  leave the northbound land and cross over into the southbound lane.  He hit another truck head on, which was operated by the man from Lexington, NC.

Both of the truck drivers were killed in the accident. There was another vehicle that was involved in the accident. The woman who was driving the third vehicle suffered injury but survived.  The intoxicated driver has now been charged with DUI and two counts of involuntary manslaughter.  The DA in Roanoke is seeking to have his charged upgraded to DUI-Manslaughter, which would require a longer prison sentence. The grand jury will convene on July 1st to decide whether to upgrade the charges.

An intoxicated man who hit another vehicle in Winston-Salem is now facing additional charges beyond the DWI charge.  The accident occurred late last week on Meadowlark Drive. The intoxicated man drove across the center line and hit an oncoming vehicle head-on. The woman that was driving the victim vehicle had to be taken to the hospital with life-threatening injuries.