Charlotte Woman Charged with DWI After Car Crash With Her Children

A woman, who has been charged with DWI after an accident involving her two young children, is likely to face additional charges.  The woman 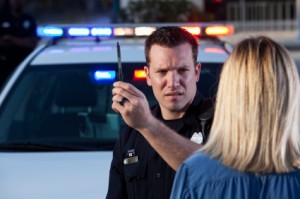 lost control of her van which flipped over several times, resulting in serious injuries to at least two young children in the vehicle.

Further, according to reports, this is not her first time receiving charges for traffic violations from the police.  She had been charged previously with speeding and failure to secure someone under the age of 16 a few months earlier.

In addition to DWI, she has been charged with serious injury by motor vehicle, reckless driving, unsafe tire and  child safety charge.

As a result of the accident, one child remains in critical condition and the other has just been taken from the ventilator.  The BAC of the mother is still pending.

A man from Florida was arrested in Charlotte for DWI early last month. Police found the man after responding to the scene of a single vehicle accident. The man apparently crashed his vehicle into a power pole around 2:30 in the morning. The incident occurred on South Boulevard near Hebron Street.

Outbound lanes on South Boulevard had to be closed for several hours while the power lines that were down were cleaned up. It took additional time for crews to get power restored to the area. The man from Florida was charged with reckless driving to endanger in addition to DWI. One person had to be taking to the hospital with life-threatening injuries but is unclear how that person was involved in the accident exactly.

A teenager from Columbia, SC is facing a DUI charge after causing a fatal accident. The accident happened late last month in a subdivision in Columbia around 2 in the morning. The teenage driver hit a parked car then lost control of the vehicle causing it to run off the road and crash into several trees.  There were two other passengers in the vehicle at the time.

The driver’s 16 year old brother was one of the passengers in the vehicle. He was in the backseat of the car at the time and had to be taken to the hospital.  He was pronounced dead when he arrived at the hospital. The other passenger and driver received only minor injuries.  All the occupants of the vehicle were wearing seatbelts at the time of the accident.

The teenage driver was 18 at the time. He is currently being charged with felony DUI but other charges could be pending.

in Car Accidents, Felony DUI /by Robert Reeves/#permalink
May 7, 2013

t Judge after he and his girlfriend got into a car accident after the defendant consumed drugs and alcohol.

The reports indicate that on the day of the incident, the defendant had consumed multiple “marijuana joints” and alcoholic drinks before he put himself behind the wheel of his girlfriend’s car.

The defendant is 20 years old, and his girlfriend was 18 years old at the time of her death. They both were graduates of Clover High.

On the day of the accident, the couple was travelling with two other friends that night, to see a site in Blacksburg that is supposedly “haunted.”

After the friends had all visited the site, they were en route back to York County, when the 20-year-old driver/defendant attempted to over-correct his vehicle while speeding around a sharp curve. It was reported that he was travelling at least 20 miles over the speed limit at the time of the incident.

He was driving his girlfriend 1996 Infinity, which couldn’t handle the curved road at such an accelerated speed. The over-correction caused the vehicle to jerk to the right side of the road, where the car subsequently slammed into five trees, knocking two of them out of their roots.

The driver, his girlfriend, and the two other passengers were all thrown from the vehicle, which had “helicoptered” on the trunk of the car as the car stood upright. It was this spin that propelled the vehicle into the trees.

Everyone was promptly taken to the hospital. The girlfriend, who was riding in the front passenger seat, was critically injured, and passed away soon after she arrived at the hospital.

The defendant was charged when he left from the hospital with a compilation of charges, totalling a possible 55 years in prison. He subsequently pled guilty to felony driving under the influence of alcohol, which resulted in death, in addition to two counts of driving under the influence resulting in great bodily injury( for the other two passengers in the vehicle at the time of the accident.)

Further details have been released regarding an accident involving a motorcycle in Pender County. An 84 year old man has been arrested for DWI after hitting a motorcycle on Wednesday. The intoxicated driver was operating a van which crossed the median on 210 East. The van then hit the motorcycle which was stopped at a red light.

The 84 year old man who caused the accident now stands charged with DWI, open container and felony serious injury with a motor vehicle.

Man convicted of DWI/Manslaugher is allowed to leave prison

A former doctor form Raleigh who was convicted of DWI, involuntary manslaughter and felony death by motor vehicle in 2011 is being allowed to leave prison.  He is able to leave due to his participation in the work release program which permits him to go to work. He is also being allowed to leave the prison for a 48 hour period to visit with family on the weekends on a regular basis.  The prison system will sometimes allow inmates to participate in these programs if they are well behaved and are nearing their release date.

In this case the allowance of this man to leave prison is not being taken well by the community.  The former doctor was originally charged with 2nd Degree Murder for hitting and killing a ballet dancer in 2009. He had a BAC of .24 at the time of the accident.  The jury was hung 10-2 in finding him guilty of 2nd Degree Murder but he was found guilty of involuntary manslaughter.  The judge expressed how heinous the crime was during sentencing, but that he could only sentence the defendant to a maximum of 3 years because of North Carolina’s structured sentencing laws.

The former doctor is not scheduled to be released until February 28, 2014.

Doctor will not serve jail time for involvement in fatal accident

A doctor from CMC will not have to serve jail time in connection with an accident he was involved in. The accident killed a man in 2012 when the doctor hit the vehicle after crossing the center line on Rea Road in Charlotte. The impact caused the victim vehicle to hit another vehicle head on, killing the driver of that vehicle.

The doctor was initially charged with misdemeanor death by vehicle.  An investigation did not reveal the doctor was intoxicated at the time of the accident.  The prosecution offered to plea the charge down to unsafe movement. The doctor accepted the offer and was fined $100.

In Pender County, NC a motorist was taken to the hospital after being involved in a car accident with two other vehicles. The accident occurred Wednesday at the intersection Highway 17 and 210 East.   The motorist who was injured was driving a motorcycle.  The nature of the injuries are unknown at this time.

NC Woman Charged with DWI after Alcohol and Substance Intoxication 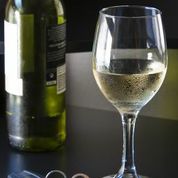 Apparently, the woman was not only intoxicated on alcohol, but also on “Fetanyl and Xanax” at the time of the incident. This is a common charge when someone is driving after consuming de-habilitating substances, such as the listed Xanax.

North Carolinians often forget, but a DWI (driving while impaired) charge is not limited to only alcohol. In fact, the whole reason that North Carolina addresses this charge as a DWI and not the common “DUI,” such as in South Carolina, is because the charge encompasses both alcohol and drugs.

In the case at hand, the woman was driving her 8-year-old daughter when she lost control of her Nissan Sentra and ran off the right side of the NC highway last Wednesday night.

After the car spun around twice in a complete circle, she eventually crashed into a tree, seriously injuring her daughter. The roof of the car was concaved, and the daughter suffered serious head injuries.

This is not the first time that the 29-year-old has been investigated by social services, nor is it her first arrest.

She was ultimately charge with a DWI and a DWLR (driving while license revoked), while her daughter is now is in a stable condition.

Recently there was a story on the news about a police officer who was nearly hit by a car. The officer was performing a traffic stop on I-77 when a vehicle that was passing barely missed striking the officer.  This is the reason why North Carolina has a statute, 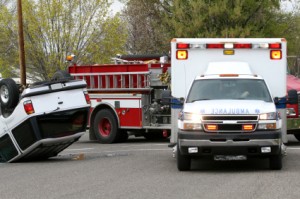 Specifically the statute requires that if an authorized emergency or public service vehicle is parked within 12 feet of a roadway while giving a warning signal the driver of an approaching vehicle must either move their vehicle into the next lane of traffic away from the emergency vehicle.

If you should find yourself in a situation where you have been charged with a DWI you need to contact an attorney who has the experience and knowledge necessary to handle your case with the care it deserves.

in Car Accidents, Criminal Defense /by Robert Reeves/#permalink
Page 5 of 512345